The previous section has shown that the future power system will be operated using all technological and organisational advances available, in cooperation with other parts of the System of Systems. But even if used to their utmost limits, the energy transition will still require very significant investments in infrastructure, including generation, flexibility resources, and the grids that will connect them. Investments in the power grids, and in particular at transmission level, will be key to achieve the energy transition in a timely, secure and reliable way

Integrated planning processes to achieve a true System of Systems

A decarbonised energy system is a horizontally and vertically integrated system. The planning processes for new energy infrastructure will need an integrated approach for onshore and offshore, across sectors (horizontal integration) and geographical dimensions (vertical integration). The inputs and outputs of the planning exercises will be increasingly exchanged both horizontally and vertically. A true System of Systems: 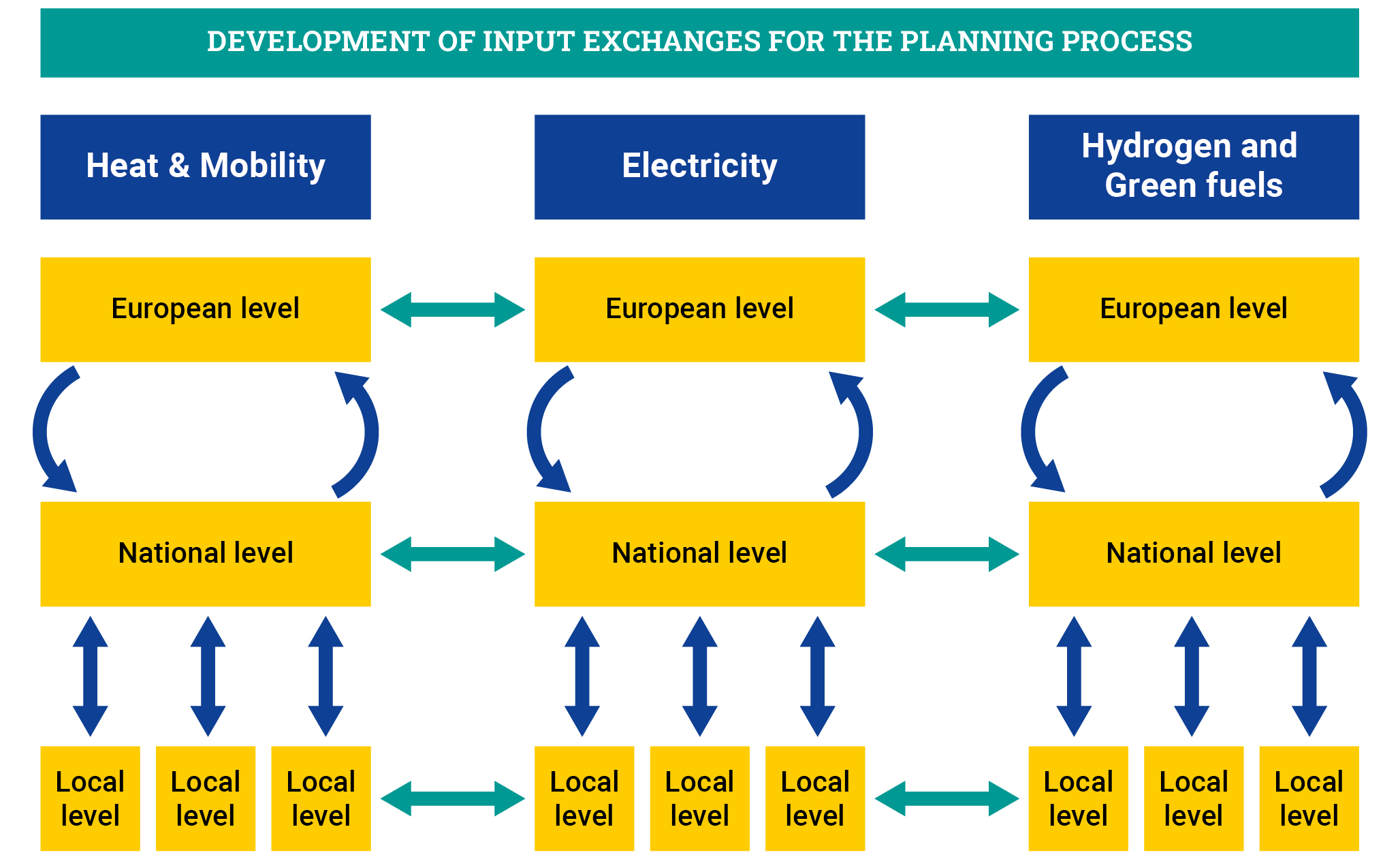 The transmission system will evolve both onshore and offshore

In a fully carbon neutral Europe, the electricity transmission grid will be the backbone of the future energy system. As the European regions will have different characteristics in terms of renewable generation and load patterns, the European transmission system will be necessary to integrate regional energy systems. The capability of the transmission grid to add flexibility to level out the differences between these systems across interconnections will facilitate balance in the face of situations of regional surplus and deficits.

The development of the offshore grids, through a combination of sub-marine transmission infrastructure, radial connections, and multi-purpose solutions, will bring a key contribution to reaching the objectives of the European energy transition to carbon neutrality. To this aim, massive investments must be made to facilitate the integration of offshore wind power generation as well as offshore and onshore transmission infrastructure. In most cases the distance between the demand centres and the RES generation clusters will require a new approach for the planning and design of the European transmission system, with connections evolving from transnational to trans-regional.

New investments will also be needed to ensure stability management along with new capabilities to be provided by grid users that should be adequately reflected in regulations and technical standards. 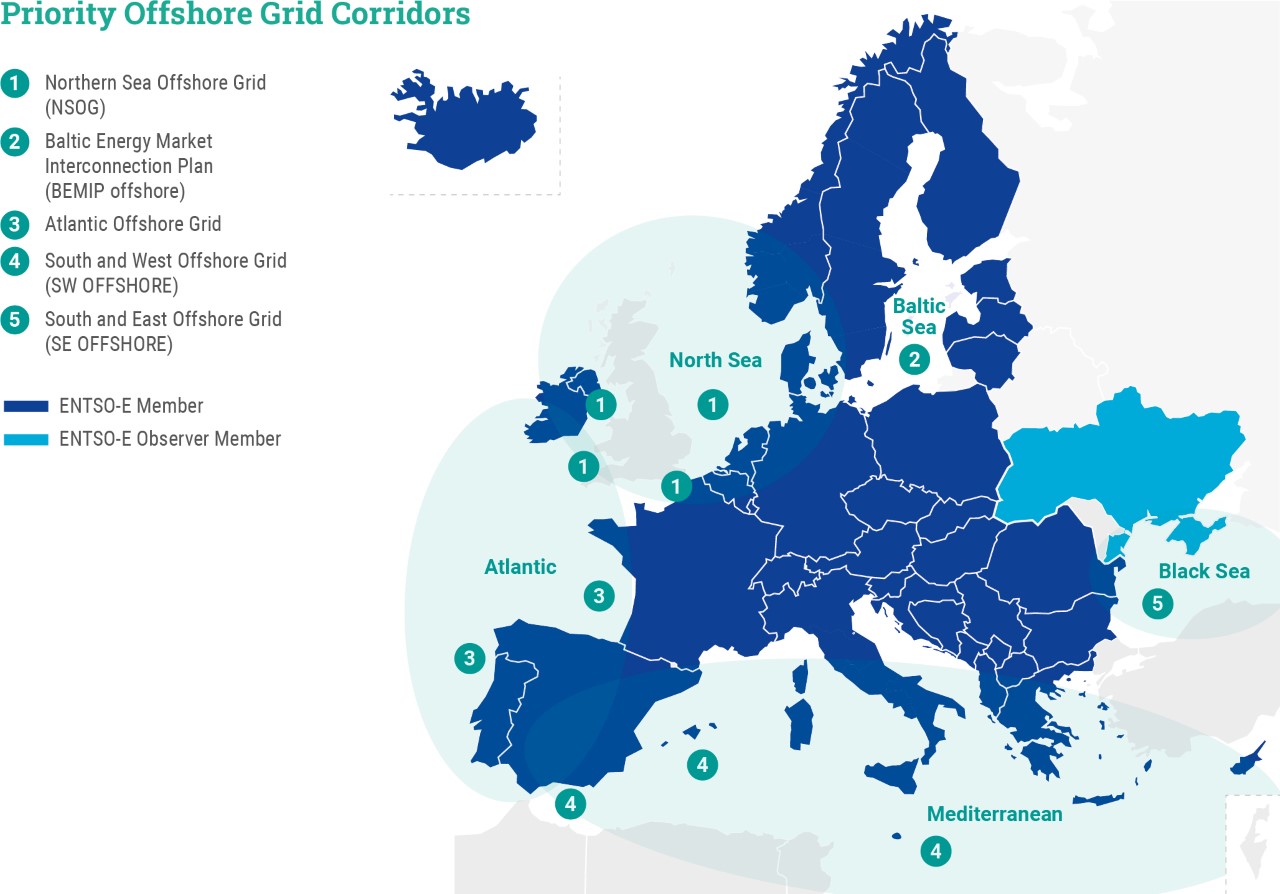 The regulatory framework should further promote public acceptance and permitting and incentivise effective and timely infrastructure financing, development, and innovation. Simplifying and speeding up permitting processes will ensure the timely delivery of the right infrastructure, in the right location. The EU regulatory framework can support the concrete delivery of required infrastructure, by favouring a shortening of maximum authorisation times for both RES and grids. However it is also necessary to have measures in place that guarantee adherence to the planned timelines through solutions such as 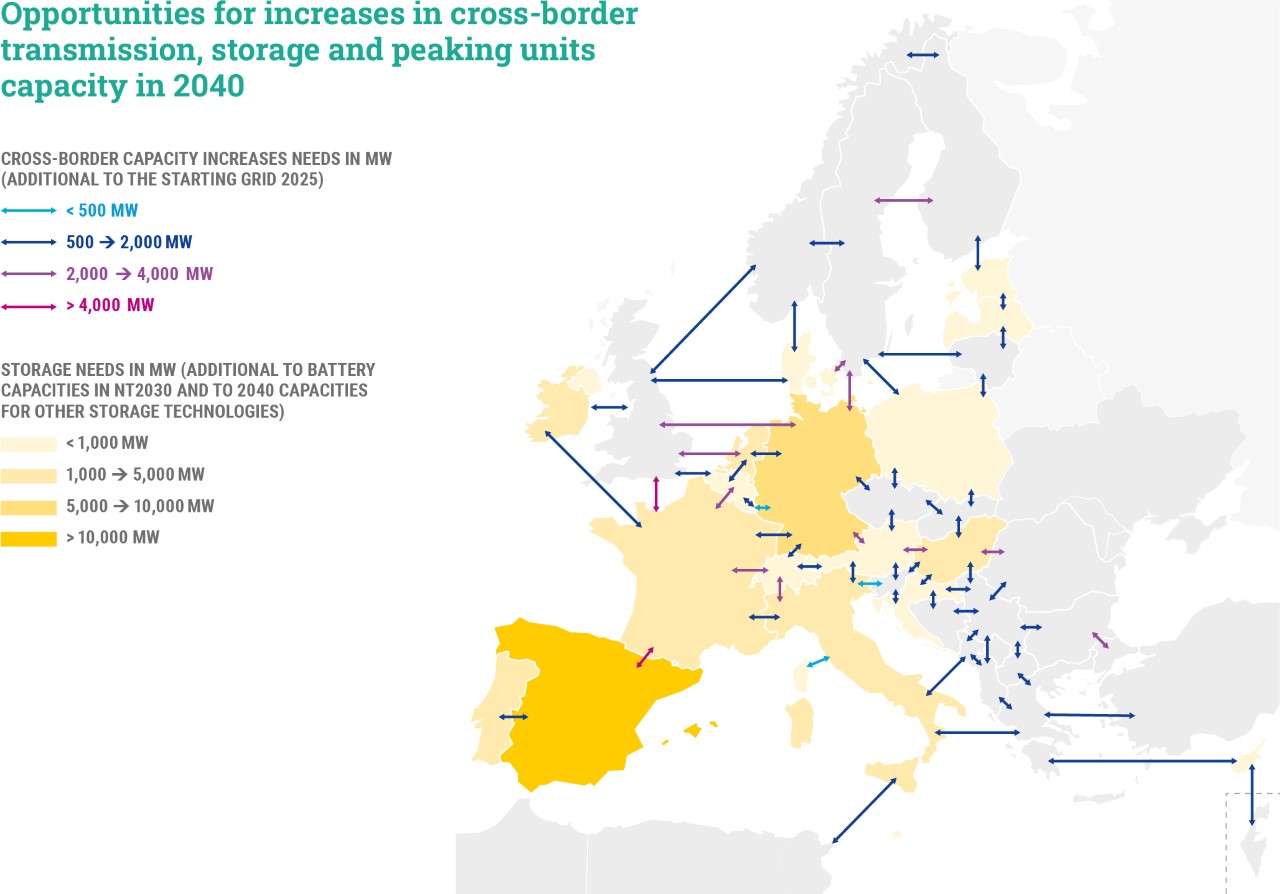 As the final beneficiaries of a timely evolution of the energy transition are the communities hosting the needed infrastructure, their support is critical. TSOs are ready to play their part by continuing enhancing the planning process in the direction of increased transparency and inclusiveness.